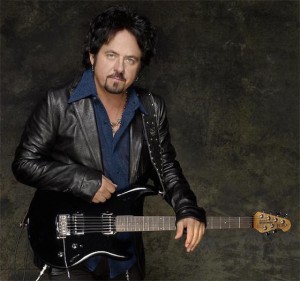 Steve Lukather Playing Tips: If you’re a fan of Toto, then you already know his name. Even if you don’t, you can still learn some great guitar tips right now. Music Radar was able to interview Lukather and gain some insight into guitar playing by following these tips:

Read the article by Jamie Dickson for more details and context!

Create a Playlist: Reddit user J_for_Jules also has a playing tip for you.  As you learn new songs, add them to a playlist  in iTunes, Spotify, etc.  Practice with this regularly to work on playing through the whole song and playing in time. It’s also a good way to keep track of your achievements.

ZZ Top Style Solos: We have a discounted four lesson package by Jody Worrell that will teach you the soloing style of Billy Gibbons. Learn how to make the right tone and note choices to create this blues rock sound.

The GoPro View of EVH: In an effort to showcase his new 5150IIIS guitar amp, Eddie Van Halen strapped some GoPro cameras all over himself and his guitar.  The end result is a close up view of his playing technique and gear. 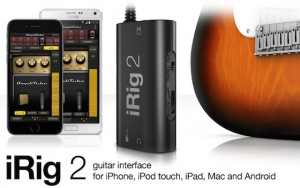 iRig 2: Some of the most innovative products to come into the market recently have been those which allow guitarists to easily plug in and play—No heavy guitar amp required. IK Multimedia’s original iRig had been a huge success, and they’ve just introduced the iRig 2.

This time around they’ve added an adjustable input gain, more compatibility with Android devices, and a 1/4″ amplifier output so that you can use your smartphone or tablet as an effects processor in front of your amp.

In my opinion, software such as this won’t replace amplifiers altogether, but from both a practicing and instructional viewpoint, it really makes mobile playing very user-friendly.