Prince has been known to be protective of his material when it comes to Youtube. So even though Ben Eller goes out of his way not to mention it, I’ll let you know that this video lesson features the opening guitar lick from When Doves Cry. It’s a fast distorted lick that will turn heads.

One way to get to know a lick and your fretboard is to try moving the lick around. Robert Renman goes further in depth on this concept and shows you how to work this concept into your practice routine. You can also take a similar concept and apply to it rhythm guitar and different chord shapes around the neck. Check out our Moveable Blues lesson for more on that.

Jody Worrell has a new lesson out on learning a rocking blues lick in the style of ZZ Top’s Billy Gibbons. The lick is played of a backing track of G-F in 12/8 time. We’ll use the minor pentatonic scale while still stating the chord changes of the backing track with our note selection.

Our new free blues guitar lesson by Jody Worrell will teach you how to play a lick with a swinging feel to it. In the video, Jody will show you how you can take a standard blues lick and substitute a slide for a bend. When you add in some tempo and note choices, you end up with a jazzy, swinging lick. It’s a different sound to add to your arsenal

Our Albert King Style Lick is a new free lesson that will teach you a guitar lick in the style of a blues legend. Albert’s bends were his calling card and we’ll tackle a few in the middle of this fun lick. Jody will walk you note by note through the lick explaining the techniques that will help you develop the right tone. Once you have the lick down, practice along with Jody and the backing track to work on your timing. 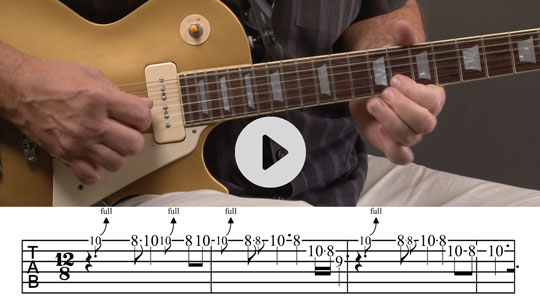 Slow Blues Turnaround is our new free guitar lesson by Jody Worrell. You will learn how to play a turnaround lick over a slow blues progression in D. At this slower tempo, it’s important to make sure that your note choices are interesting and your technique is spot on. Jody will take you step by step through each of those decisions and you’ll end up learning how to play a tasty lick. Watch the video and follow along with the on-screen tab and practice along with the jam track. 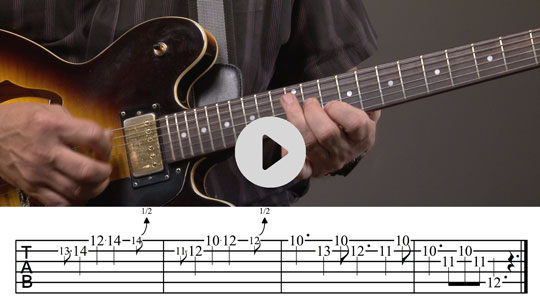 Our new free lesson will teach you how to play one of the most important guitar chord progressions ever. The 12 Bar Blues format has obviously been important to blues music, but it’s effect has also been seen in rock, bluegrass, and other genres. In this video, Jody Worrell will guide the beginning blues guitarists through the chords used in this progression and strumming techniques. Getting the correct rhythm and feel down is integral to developing a great blues sound. 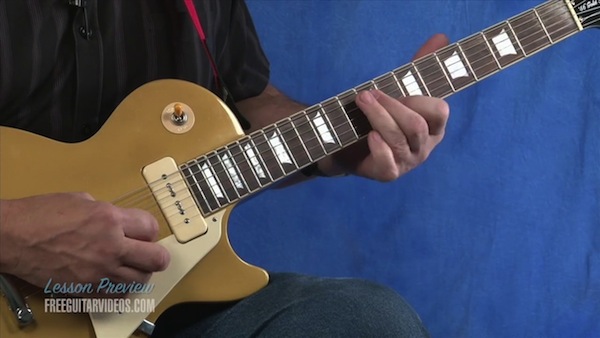